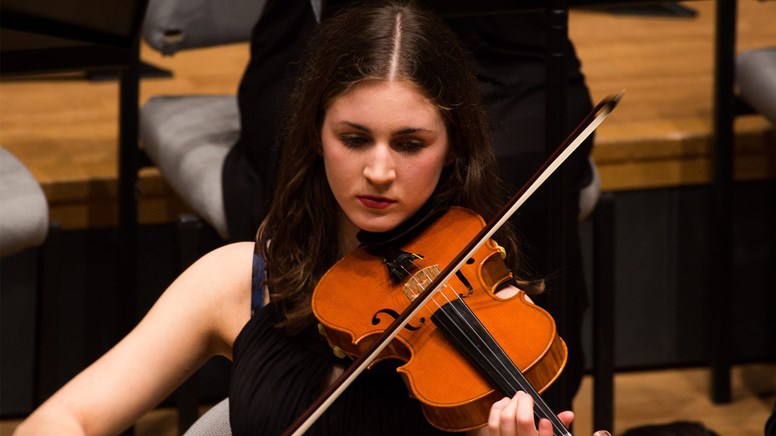 RWCMD Postgraduate student Madeleine Brooks has been busy taking a gap year after graduating from Manchester University with a 1st in 2018. Following her final recital, which included the Bach A Minor Concerto and final movement from the Elgar Sonata in E minor, Madeleine recorded pieces for the BBC Radio 3 drama ‘Come Unto the Yellow Sands’. Spending much of her gap year teaching and performing abroad in Italy, she played Bach’s Musical Offering at the Church of San Sebastiano as well as concerts in Milan, Turin and Lodi.

Now studying for her MA in Opera Madeleine borrows a 1971 Portuguese violin made by Antonio Capela Artense which is owned by the Loan Scheme. 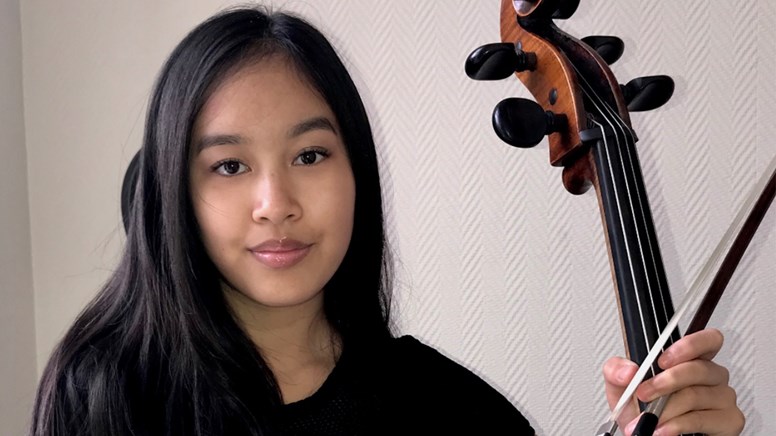 Cellist Isabella attends Junior Guildhall, playing in the Symphony Orchestra, String Chamber Music Ensemble and singing with the Chamber Choir. This year she has attended courses at

Pro Corda in Suffolk – both Intermediate and Senior Residential Courses -  and Kuumba Youth Orchestra ‘s Young Music Leadership Programme. Isabella plays a German cello made around 1800, owned by the Loan Scheme, and this year attained a Distinction in performance for her ABRSM Diploma. 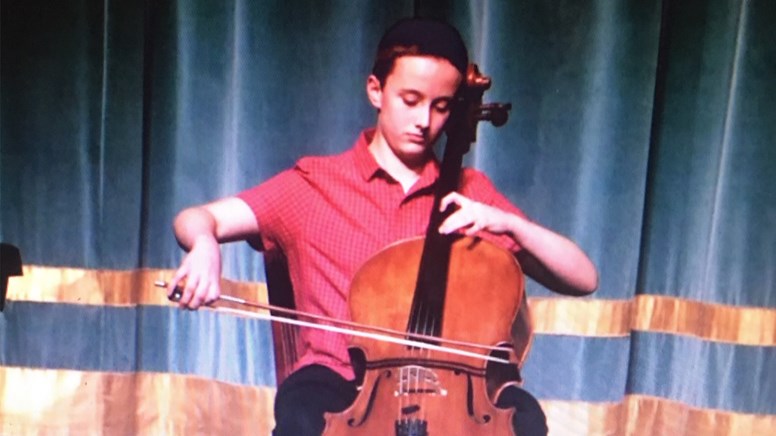 Borower Adam takes part in lots of musical activities including local and County Orchestras. He recently was successful in auditioning for Derbyshire City and County Orchestra and attends Chamber Music Courses. He recently busked as part of a quartet outside the Buxton Opera House as part of the annual Buxton Summer Festival. He plans to take his grade 7 in Autumn term this year.

Adam plays a Saxon cello built in 1870 and kindly lent to the Scheme by Ms R Law. 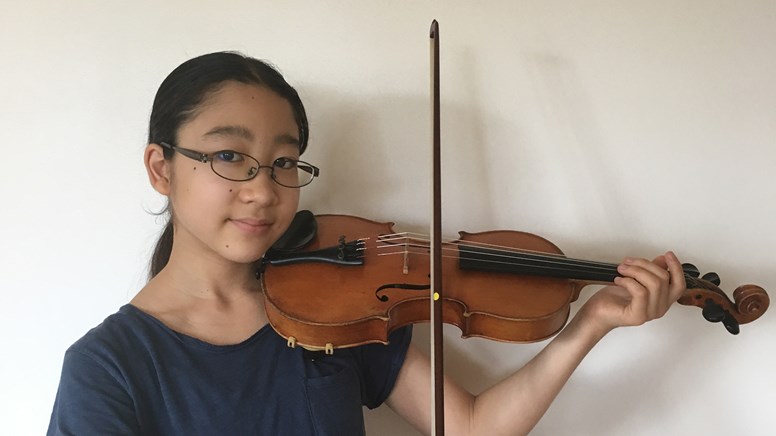 Benslow borrower Maya Matsu passed her ABRSM grade 6 violin with Distinction in March this year, following it with a Merit at Grade 7 just four months later.

In July she performed the ‘Meditation’ from Thais by Massenet, in a duet version with viola, at her school year 7 concert and also performed at her teacher Clare Thompson’s  Pupil’s Concert.

Maya currently plays on a ¾ violin, kindly lent to the Scheme by local Hertfordshire musician and Tutor at Benslow Music, Mrs J Lynch.

“we would like you to know how grateful we feel about the comprehensive support Benslow has given out daughter Maya. She is fortunate to be able to enjoy playing and to develop her musicality with such a beautiful violin projecting deep sound.” RNCM Cellist Rachel borrows a Garner Wilson cello bow that is kindly lent to the Scheme by Mr D Snell. Having achieved a First Class degree (BMus Hons) at the RNCM she is now studying for a MMUS at Guildhall.

Rachel has been a cellist in ‘The Nico Project’, part of Manchester International Festival.