In exceptional cases, existing borrowers entering the music profession may ask to extend their loan up to the age of 30 - meet our senior borrowers here... 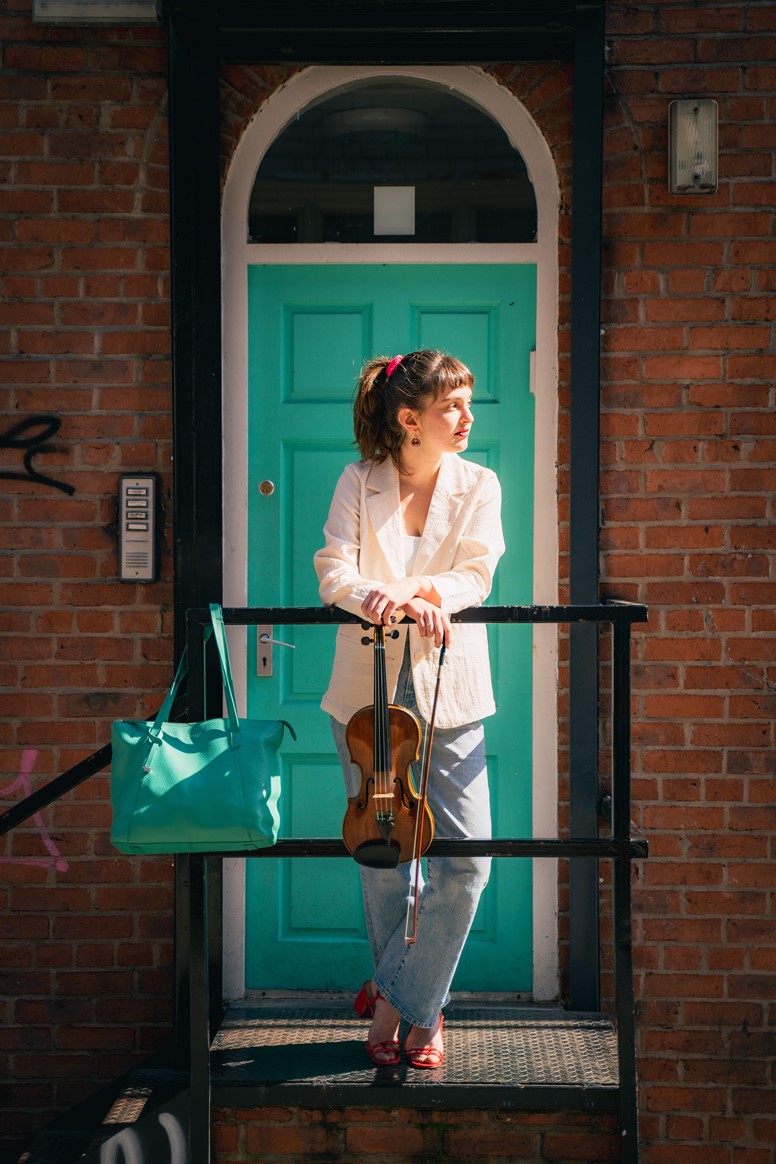 Anna completed her masters degree at the Royal Northern College of Music in 2020 under the guidance of her professors Leland Chen and Pavel Fischer. She has performed concertos with numerous orchestras in the north, such as the Burnley, Blackburn and Settle symphony orchestras, and is also a member of the Emmeline String Quartet. Also a keen orchestral musician, Anna is the co-principal of Broen Ensemble and leader of the Tundra Ensemble. Anna particularly enjoys performing contemporary works as well as working in collaboration with composers, and in 2019 she gave the world premiere of Lucy Hale’s violin concerto.

Instrument: Violin by Nicolò Gagliano from 1770, on loan to BMILS by Alison Yates 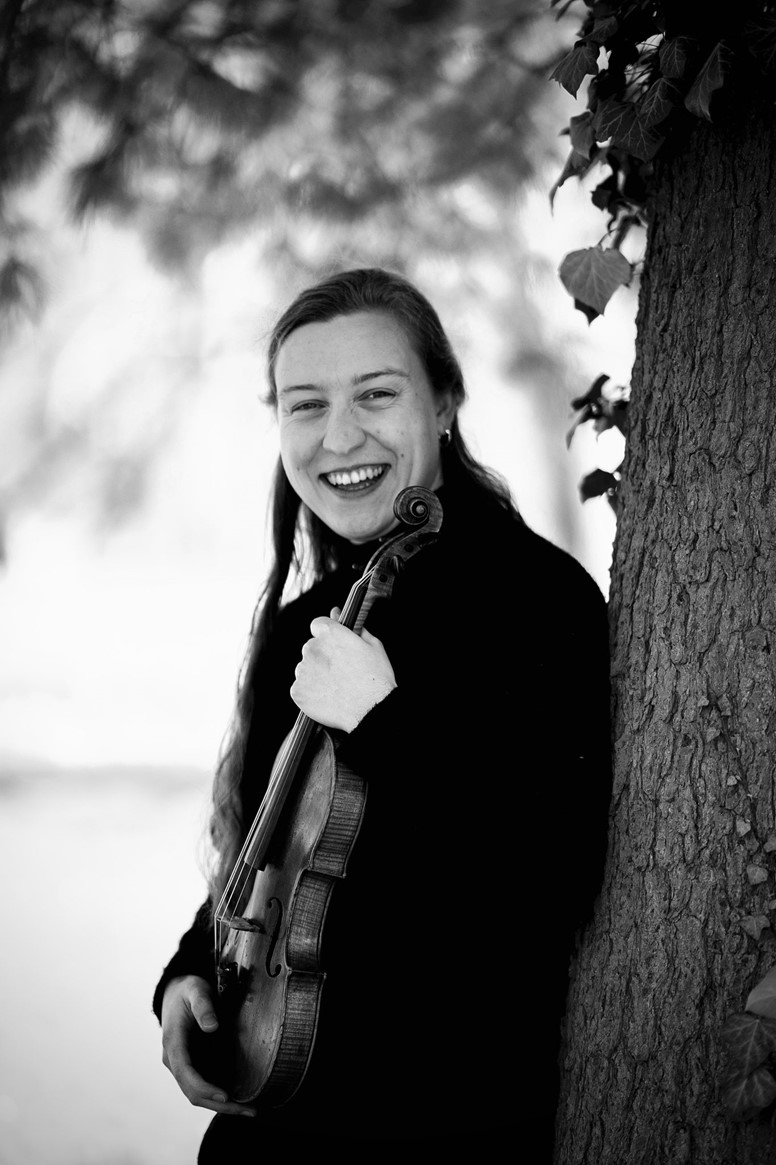 Sofia moved to Sweden in 2019 where she is currently completing her Masters degree in Stockholm, studying with Cecilia Zilliacus at Kungliga Musikhögskolan and with Per Enoksson at the Edsberg Manor department of KMH. Performances in Sweden have included the Brahms Violin Concerto as a soloist with Gävle Symphony Orchestra, string quartet concerts at Musikaliska and Stockholms Stadshus and freelance work with the Swedish Radio Symphony Orchestra, Stockholm Philharmonic, Norrlandsoperan and Musica Vitae, amongst others.
Born in London, Sofia has performed in many of the city’s venues, including Wigmore Hall, Royal Albert Hall, St. John’s Smith Square, Buckingham Palace, Cadogan Hall and the Royal Festival Hall. Sophia attended the Royal College of Music studying with Macej Rakowski and received a scholarship from the H R Taylor Trust.
A passionate chamber musician, Sophia recorded Schoenberg’s first quartet in 2015 with members of the London Haydn Quartet, and has appeared at various chamber music festivals including the Lewes Chamber Festival, Sacconi Chamber Music Festival and Frinton Festival.

Instrument: Bussetto violin from the 1670s, on loan to BMILS by David Roth

Louisa is an active violinist and teacher based in London. She studied at the Royal Northern College of Music with Cecily Ward, James Clark and Pavel Fischer, gaining both BMus and MMus degrees.
At the RNCM, Louisa participated in projects with the BBC Philharmonic, Manchester Camerata and Chamber Orchestra of Europe, as well as touring internationally to Paris and Montepulciano in Italy.
Since moving to London, Louisa has enjoyed performing with the London Mozart Players and with Baseless Fabric Theatre, for a re-imagined production of Bizet’s Carmen. She also has a keen interest in musical theatre and recently performed at the London Palladium for a concert performance of Camelot. 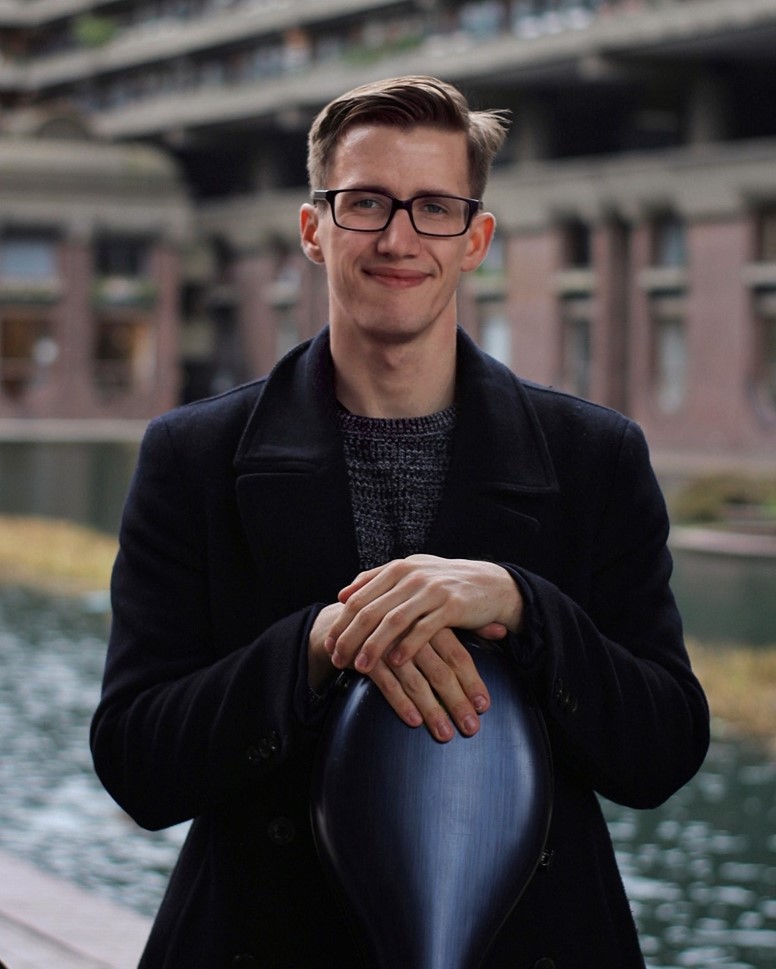 James McBeth is a Welsh cellist, currently undertaking a Junior Fellowship at the Guildhall School of Music and Drama studying, having already obtained a Masters in Performance at the school.
He has performed in prestigious venues such as Barbican Centre, Royal Albert Hall, St.David’s Cathedral and Drapers Hall. As a keen chamber musician, part of the Contollo String Quartet -he has received masterclasses with the Heath and Endellion String Quartets.

Previously, he studied at the Royal Welsh College of Music and Drama under Welsh National Opera Principal cellist, Rosie Biss. He was a principal of the symphony orchestra and participated in masterclasses with Leonard Elschenbroich and Natalie Clein. He also successfully won placements with BBC National Orchestra of Wales and Welsh National Opera. There he played under Carlo Rizzi, Jonathan Bloxham and Gergley Madaras, subsequently engaged as a freelance musician following his placement with them.

James is a keen educator, previously being a mentor on the English Schools Orchestra course. He teaches privately and does outreach work with various schools.

Instrument: Cello from the workshop of Kennedy c.1800, owned by BMILS