Alison has been at Benslow since March 2007 and says of her role as General Manager:

"I can't think of a more wonderful way to inspire a talented young musician than to place a beautiful musical instrument into their hands and watch their faces light up. Every violin, viola or cello has its own unique character and voice with the spirit of its creator reflected in its tone. Often it is the instrument that chooses the musician and a strong bond is forged between them both".

Alison studied violin at the RNCM, has a BA in Performing Arts and a Certificate of Education. As well as teaching, running a business and having a family, Alison has performed in a wide variety of musical styles all over the country. She has appeared at the Edinburgh Festival and performed internationally.

Alison is a member of the de Havilland Philharmonic and enjoys country walks, theatre, contemporary dance, visiting art galleries and attending the occasional rock concert. She has three grown up children who are all actively involved in creative and performing arts. 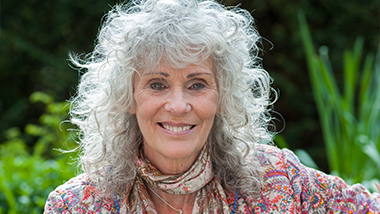